WIP Wednesday
Two projects have kept me busy this past week or so.
Wednesday at our Patchwork Group sewing days (we have them weekly. We are blessed to have our own club rooms supplied by our local council) I have been working on a blue version of the Disappearing Pinwheel. Made good progress on it. I have all the 10" blocks sewn together cut and have started to make the pinwheels. I have also made the units to make the pinwheels for the border.

At home I have been working on a quilt I have called "The Shirt off My Back"
Last year at the quilt retreat I go to called Patch n Peace, I entered a men's shirt swap. We all took along a certain number of 2nd hand 100% cotton men's shirt which we cut into 4 pieces ( 2 front pieces and the back cut in two) and swapped among the groups we were put into, keeping one piece for ourselves and swapping the other 3. The challenge is that we have to bring back a quilt this year using the fabric. We are supposed to have at least one piece of each shirt in the finished product and we can use some other back ground fabrics. Actually we are going to be pretty easy on the rules. We all wanted to end up with a quilt that we liked and would use.

I found inspiration for my quilt on a Facebook group I am a member of but I can't remember which of the several groups that it was on so can't find the post that so can't give credit there. It was based on 9 patches with sashing on two sides arranged in such a way that whilst the blocks are all sashed the sashing lines aren't in a continuous straight line but each one is offset.


Firstly I had to cut the shirting into strips. I chose 2". I ended up with quite a pile which I had to iron nice and straight. 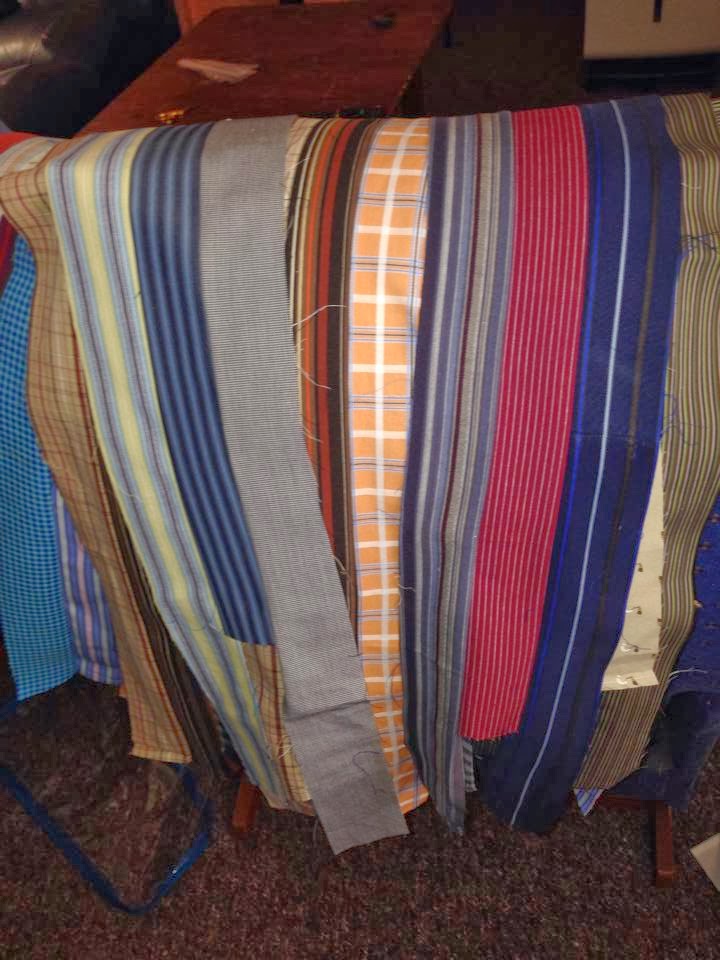 Then I sewed 3 strips together, trying to match lengths of the strips but not worrying about the colour combinations 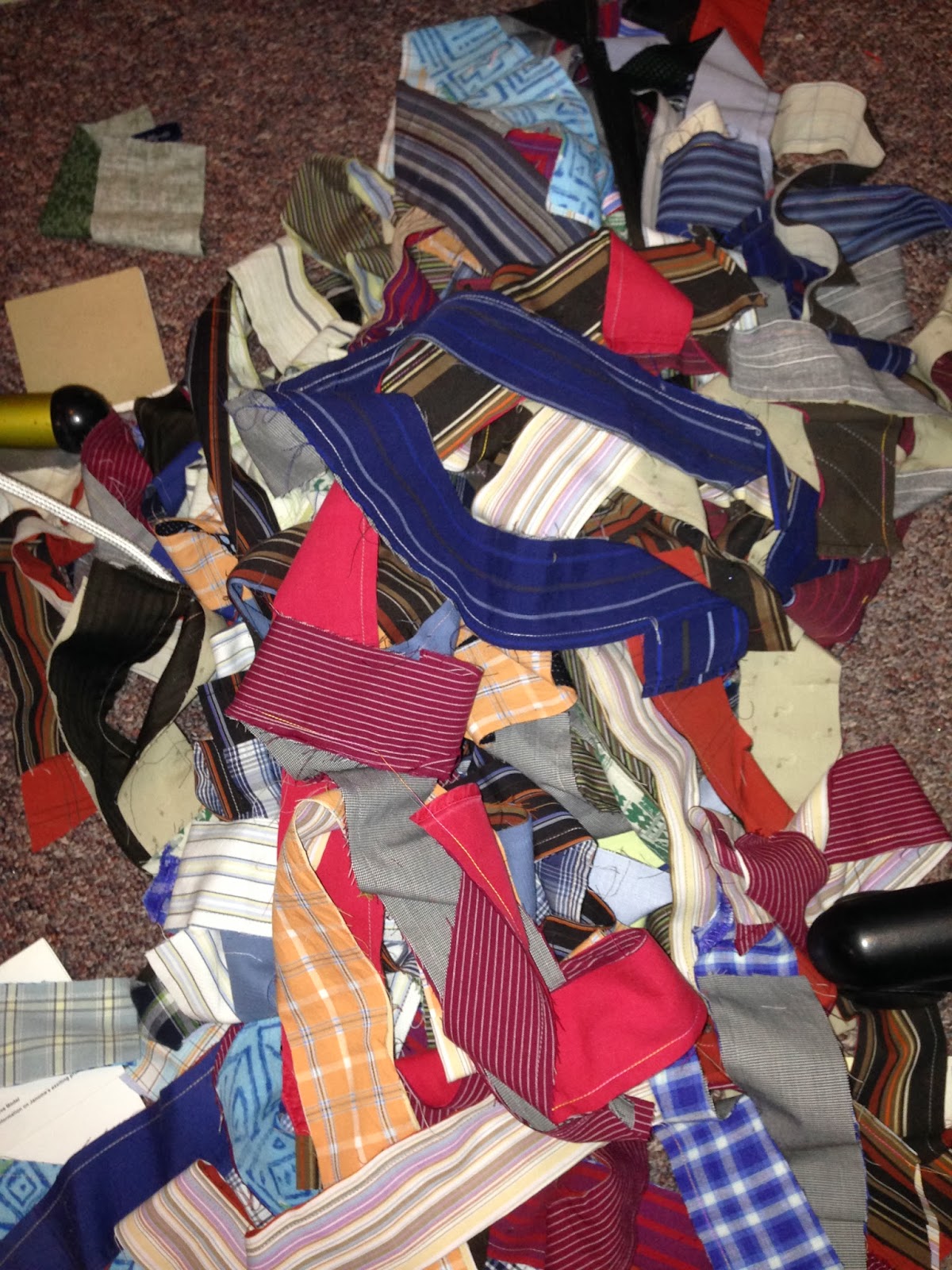 The seams were all pressed flat, going the same way and then sub cut into 2" units and the resulting 3 patch units were sewn into 9 patches. As far as possible no colours were repeated but some repeats slipped in but so long as two units the same colour weren't next to each other I tended to let it go. My original aim had been to make 120 units. The 9 patches measured 5" square. With 2" sashing on two sides they would end up 6.5". A quilt 10 x 12 units would measure 60" x 72" plus borders and would suit my purpose. I didn't realise that the amount of shirting I had would eventually make 350 of these units! I just kept sewing till all the strips were used up and then kept sewing units till they were all done

I wanted to keep the recycling theme going with the sashing fabric so I looked among my 2nd hand fabric and found some nice blue stuff that I was able to re-purpose. This was going to determine how big my final quilt would be. It turned out that I had enough to sash 123 9- patches so I can either make it 10x12 as I'd originally planned or 11x11 if I chose to. Haven't decided yet

That's as far as I have gone with it. I am really thrilled with how it is looking

I've added this to a blog linky sponsored by Freshly Pieced Modern Quilts
Posted by ozzypip at 6:00 AM