B is for Balkan Puzzle 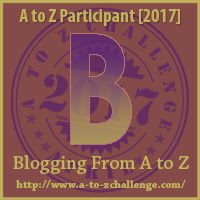 Day 2 of the A t Z blogging challenge. Today we are up to B. The block I have chosen is Balkan Puzzle block. 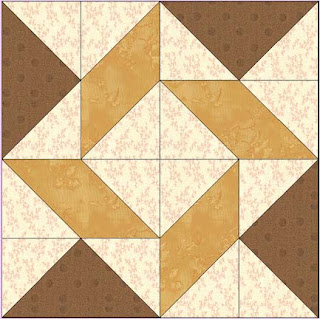 The Balkan Puzzle Block is a traditional block ie its been around for ages and no one really knows its origins. The block is over 100 years old. Like many older blocks it has some other names According to Ludlowquiltandsew this pattern is also known as the Windblown Star. I also saw it called Zigzag tile.

Not only do these traditional blocks get a variety of names they can also evolve somewhat - you can have a number of variations of the block, all with the same name, but slightly (or very) different from each other

They are usually made with 3 colours but the one I chose to make from Quilters Cache here had 4 colours (although the colours chosen make that hard to see) Its quite different to the one pictured at the start of the blog and the one I made is different again.

I found my instructions on Quilter's Cache here. 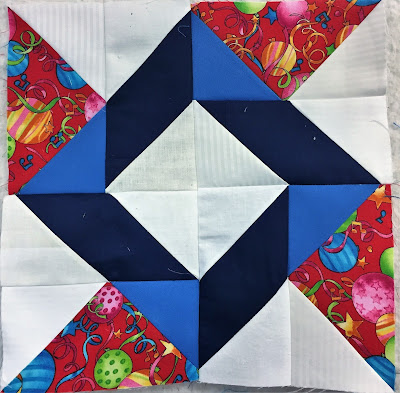