Time for another fitness friday report. I was thinking back to when I first starting doing this weekly reports. I had definite goals I was trying to achieve. I was running and trying to up my running times and distances. I had something I was aiming for. I was also actively trying to lose weight.

I seem to have lost my mojo for both of these things. Having definite races that I was aiming for was a great incentive to keep running and aim at increasing the distances I covered and my speeds. But since the races here in town finished that incentive has gone. Fixit Guy's retirement has also put something of a crimp in it too as he now walks with me on the mornings I don't go with my girlfriend and even on those mornings too of late. I would much rather walk with him than stress my body by running. So I have only run once over the last few weeks. Even then it was without my phone which have my running aps on it so no idea of time or distance. I would like to get back to running but I  like walking with my husband even more. I was saying to a friend this morning that  when I walk with FG we don't talk much. He isn't a real chatterbox. Sometimes I talk a lot and he answers but frequently we walk in silence. When I walk with my girlfriend she and I chat the whole time. Another thing I have found since he walks with me morning and evening is that I am not getting through my podcasts! I used to listen to them when I walked/ran on my own but now I have company on all my walks my podcast listening time has been severely diminished.

And as for weight loss. yeah. Lost my mojo there too. I am not putting it on but haven't lost any either. I seem to hover between low 88's and mid 89s (ie 88.3-89.5) but I haven't been game to hop on them for a week or so and now my daughter Fangirl has my bathroom scales. She has to weigh some packages and doesn't have bathroom scales so we lent her ours.

Whilst we are away I hope that we can maintain our 10 000 steps a day (or more) but on days with big travel that isn't going to be likely. Also I have 5 days of meetings coming up at the end of next week so again those days will be a big challenge but I am hoping to keep up as many steps as I can. We are staying off site and so I am going to try to walk up to the conference each day although I might have to get someone to drop me back (or get Fixit Guy) to come get me. We shall see (He isn't a representative to the conference although he can attend if he wants - just not vote)

This week our Steptember challenge finished. Our team ended up being 85th for steps which we were pretty happy with. Maybe next year we can go even higher.

I made my 10 000 steps each day but no really big days. There were a number of days when I only got one walk in and I need to get 2 in to get good numbers. Fitbit guy had some really low days due to being busy fitting blinds and putting flatpack furniture together for Fangirl but he is back a fair bit ahead of me again now. I mowed the lawn at Fangirl's home she was moving out of. I had a visitor who hung around catching grubs and insects stirred up as I mowed 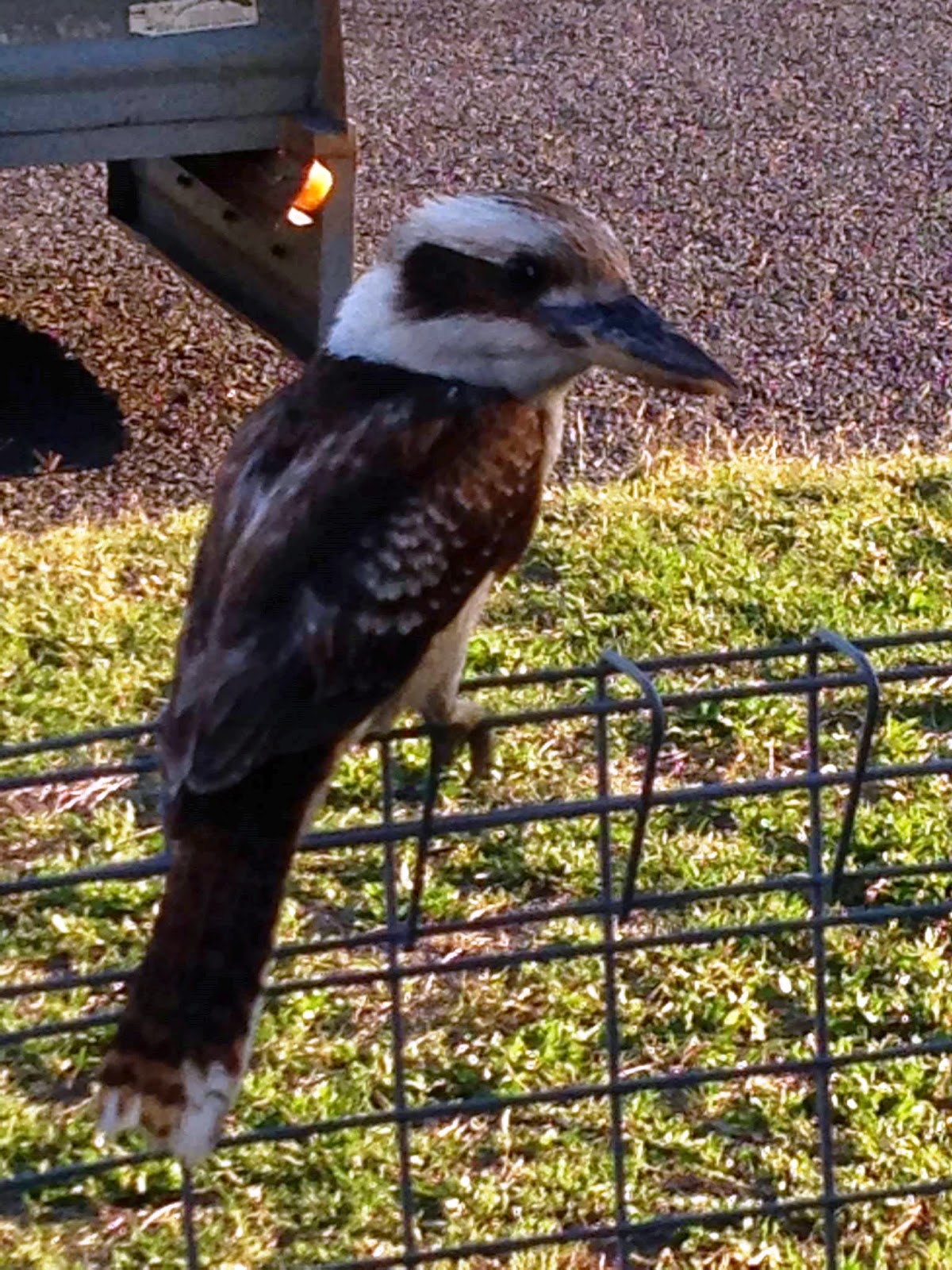 Hope you are all having a good week and making your goals and looking after yourself. Take time to do some self care of you. Sometimes we are so busy meeting schedules and taking care of others we fail to take care of ourselves.

Fixit Guy and I head out on our 8-10 week camping holiday tomorrow. I better go finish off the last minute packing and such.

Don't forget to link up


An InLinkz Link-up
Posted by ozzypip at 3:16 PM